Barrel racing is an exciting sport where the winner is determined by just thousandths of a second.
Barrel racing allows anyone to participate.

If the horse and rider team hit a barrel causing it to fall over, there is a penalty of five seconds per “knocked” barrel or a no time. Horse and rider teams may also be penalized for not completing the pattern or going “off pattern.” There is typically a sixty-second time limit to complete the course after time begins.

However, pattern size can and will vary according to the size of the arena.

Incentive: Programs for horses that meet certain criteria and allow them to be eligible for additional money, events, and awards. Incentives can be based on sire, state, or other factors. Stallion incentives are popular and open to horses sired by stallions enrolled in the incentive.

Jackpot: Generally refers to informal barrel races in which a percentage of the entry fee is returned to the funding base for the event. Additional money may also be added. Entries may vary from just a few barrel racers to hundreds. Most will follow a divisional format.

Open: A type of class within a barrel race that is not restricted by age, qualifications, etc. Typically anyone can enter the open class.

Side pot: Competitors may pay an additional fee to have their time from the main event “carried over” into a pot designated for factors, including age of rider, age of horse, membership, etc. This provides an additional chance for the competitor to win money. 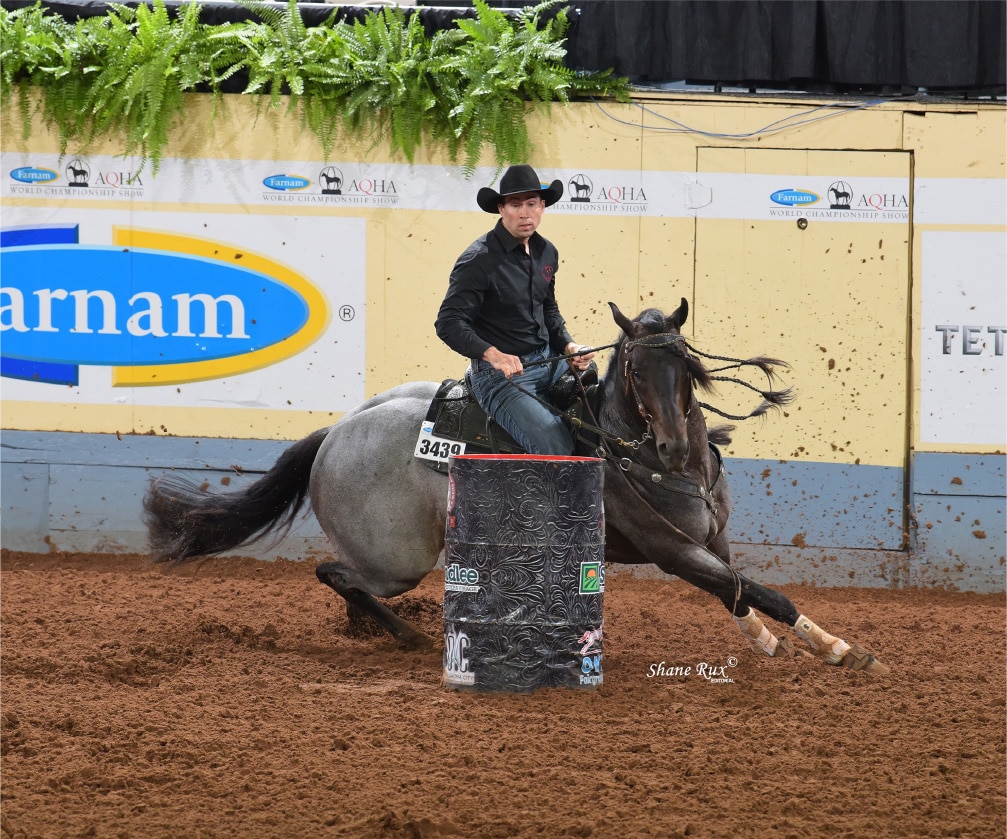 Age-Specific Events
Futurities, derbies, and juveniles are competitions designed for horses of the same age group with either limited or no prior competition experience. Many organizations offer futurities and derbies. While organizations may classify the age categories differently, a futurity is traditionally for horses 4-years-old and younger, but many organizations allow for a 5-year-old futurity horse, and some competitions designate a “juvenile” as a 3-year-old competitor. The 5-year-old year is often the maturity division, and 6-year-olds compete in derbies. Age divisions vary across organizations, so it is always wise to check with the event producer.

In addition, some of these events focus on horses that are sired by, or fathered, by specific stallions in the sport and certain incentives are offered to the offspring of those stallions who do well. 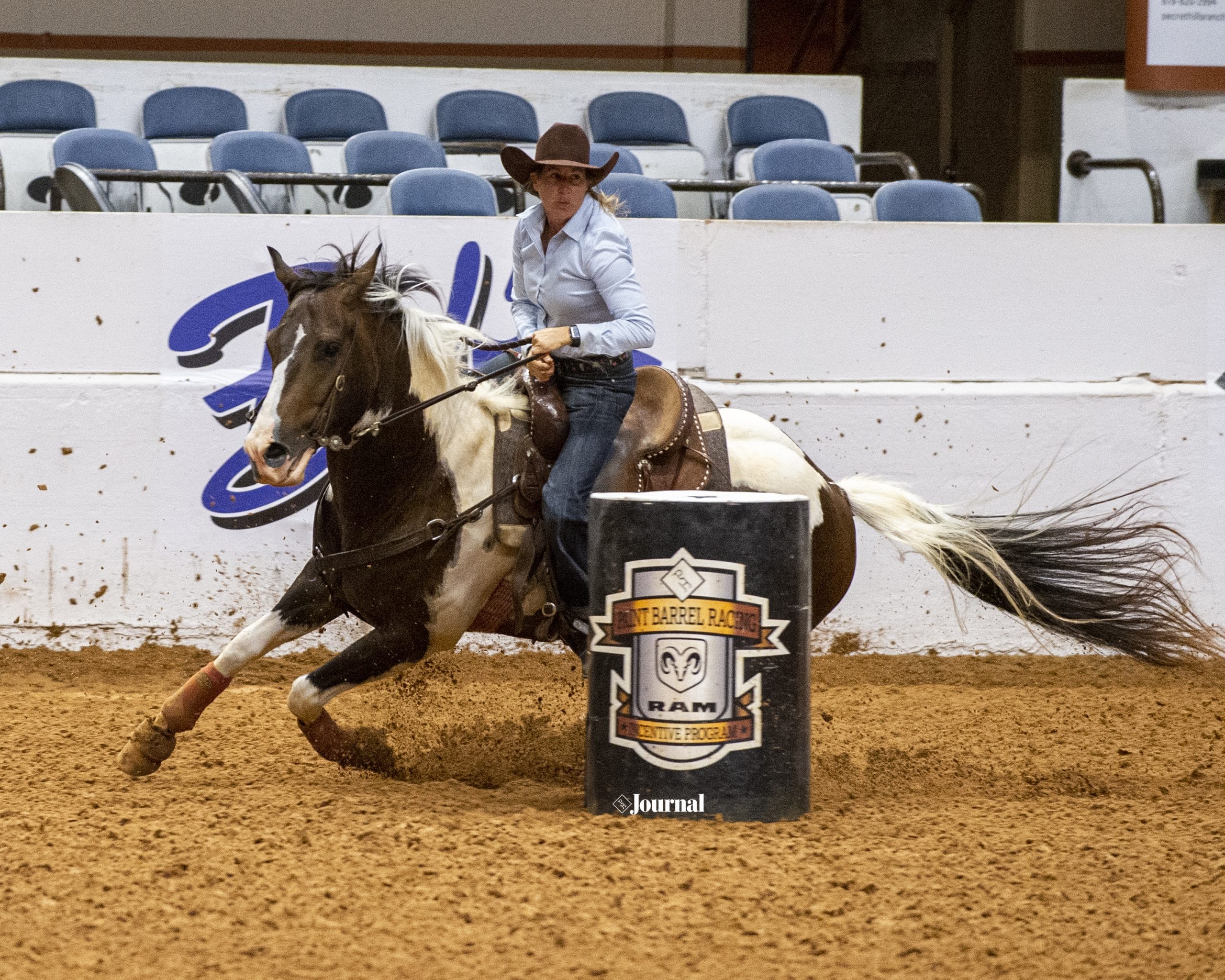 Many formal organizations use the divisional format, but nearly anyone can host a divisional barrel race. 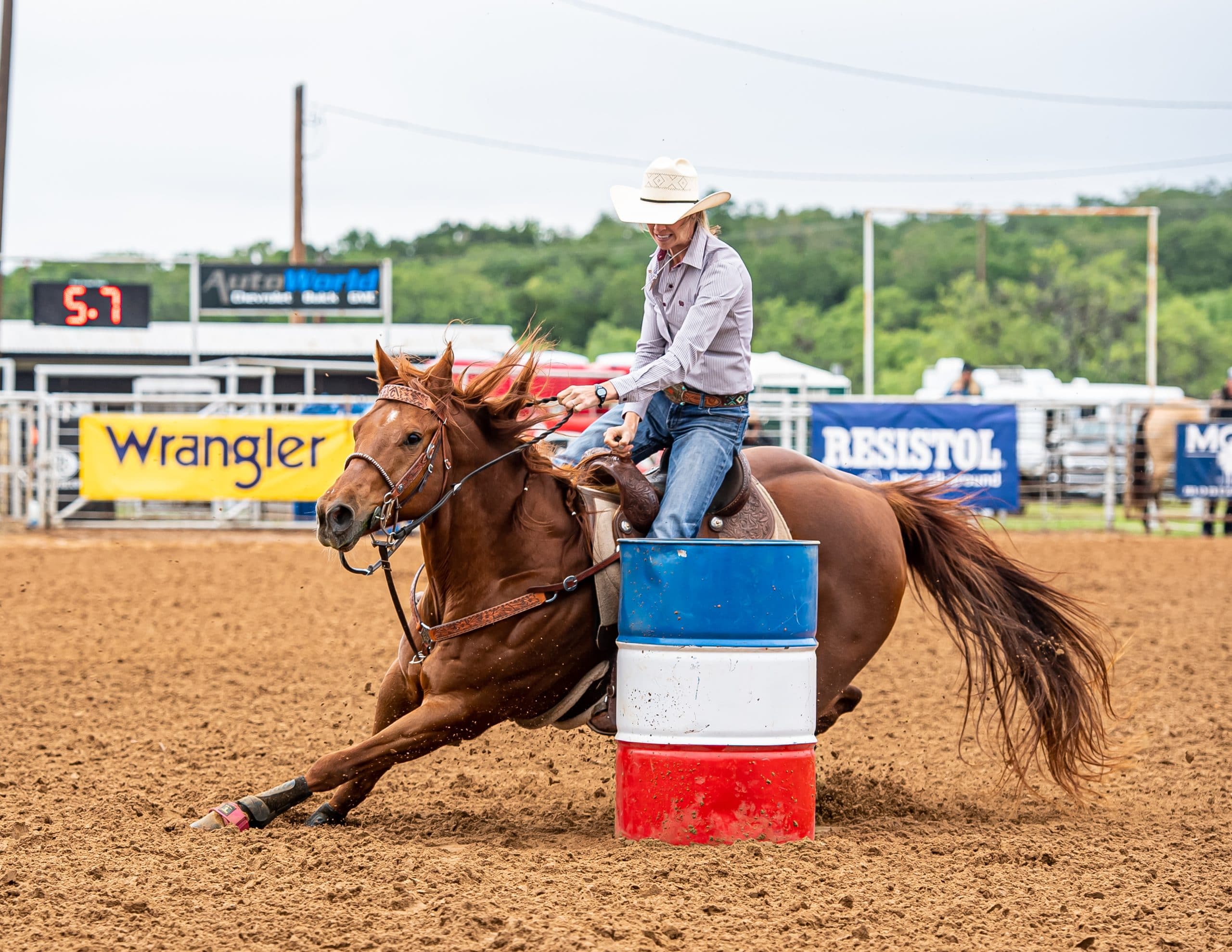 There are also many open rodeos across the country that allow anyone to enter. These are typically produced by local, regional or state rodeo associations and may require membership in the producing organization to participate.

Rodeos are straight pay events, meaning only the fastest riders will win money. The number of places paid may be determined by the number of entries.

Like many other horse showing events, attire may be regulated. This would include requiring long-sleeve shirts, a western hat or riding helmet, and boots.

Some smaller races may not require specific attire. In the interest of safety, it is recommended that riders wear boots. Riding helmets are also suggested for safety.

The rules of each event will specify if there is a dress code.